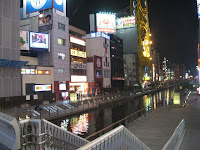 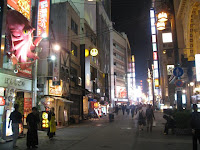 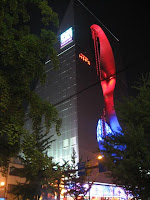 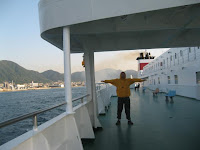 I wanted to see Japan but because is very expensive I gave up; however, being so close to it and not see it made me re-think and re-evaluate. I the end, I took a cruse ship from Shanghai to Osaka, where I arrived after 2 days. The ship was the biggest I ever been, and I was lucky to have one night clear sky, full moon and the view from my bed of the moonligth shining on the water. I spent a day in Osaka, and I liked it so much. There were some places were I felt like I was from another planet. Oh, on the subway train the seats covered are like sofas. People are very polite and respectful. I have learn few words; sometimes they thinks I speak Japanese, and they talk to me 5 minutes and I have no idea what they are saying, not even an word. I went and saw a castle in a park, a temple, and walked around the streets for hours. Japan is like no other country, everthing seems so neat and in order. I notice they play so much a game called panchiko, there are so many places for this and so many people inside; also very loud noise and so much smoke. At night the commercial streets are full of neon lights.
Posted by cbalasa at 5/12/2009 02:13:00 PM