Temple of Heaven park, the Summe Palace and Olympic Stadium (25.04.09) 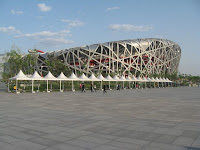 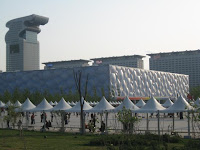 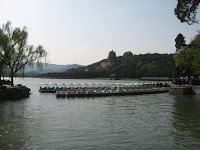 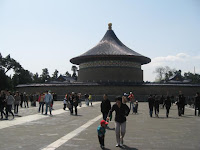 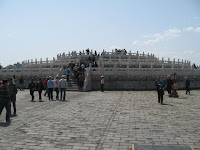 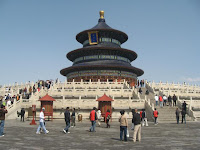 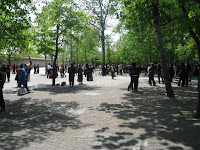 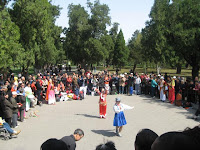 The first place I went this morning was the Temple of Heaven park. There are 3 building that are point of interest. The first is the Hal of Prayer for Good harvest. It is a tall wooden building. The second one is the Imperial vault of Heaven, surrounded by an round wall - the Echo wall. The third one is the Round Altair, a 5 meter tall sort of platform. I was actually more impressed with the people in the park. They were singing in many places, playing or dancing. Maybe because it was Saturday they were so many people in the park.
The second place I went it is the Summer palace. This is a very big park, with an even bigger lake. There are few temples and the hill (Longevity Hill). It was nice to stroll around the shoreline, even though it was so crowded.
The last place I went it was to the site of the 2008 Olympics. I finally got to see the National Stadium and the swimming pool. I have seen them on Discovery Channel before. They lived up to the expectation. between them there is a very wide and long boulevard - I have never ever seen such a huge paved open space like that.